We are excited to announce that VOTING is open for the

2016 Favorite British Artists of the Year!

Plus some exciting SURPRISES! 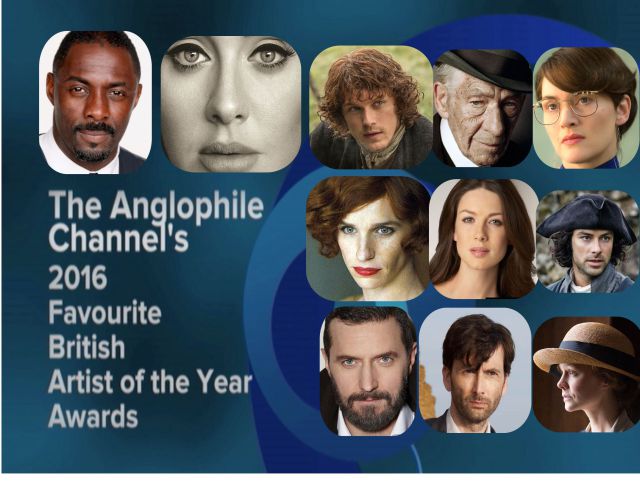 British artists continued to dominate all areas of entertainment in 2016, enjoying success in film, television, theatre and music. Their lovely faces graced magazine covers, movie posters, red carpets, talk shows and more. Their brilliant performances have been lauded by critics and audiences alike.

This year saw another Oscar/BAFTA nominated performance by Eddie Redmayne in The Danish Girlwhile countryman Idris Elba pulled double duty on both the big and small screen with multi-award winning turns in Beasts of No Nation and Luther.  British icon Dame Maggie Smith continued to entertain us as the Dowager Countess on Downton Abbey while still having time to film The Lady In The Van, for which she received…